Given the close intellectual, and physical, proximity with the Davie VanVactor laboratory, long standing collaborators, we decided, as of this year to essentially merge our efforts  (https://vanvactor.med.harvard.edu) 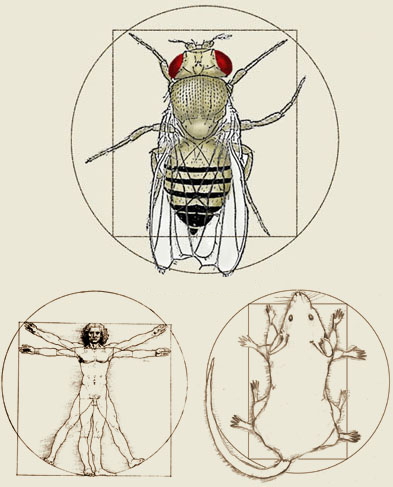 Our laboratory is using molecular and developmental genetics to dissect biological complexity underlying gene crosstalk. Remarkably, metazoan development relies on a gene framework which is evolutionarily conserved but is flexible enough to allow evolutionary change.  Flies and humans have unexpectedly similar genomes yet they sustain very distinct developmental programs.

Our fundamental goal is to gain insight into the way that genes integrate their action to guide development and consequently disease.  Our laboratory has been involved for many years in addressing these developmental programs through the genetic and molecular study of the Notch signaling pathway, one of a few highly conserved signaling pathways that control cellular fates in metazoans.  Over the years, we determined and analyzed most of the core genetic elements of this pathway and uncovered an astonishingly complex gene circuitry that crosstalks with, and consequently modulates, Notch signals in the cell.

An understanding of the molecular rules underlying Notch signal integration is not only important for the definition of Notch biology but also serves as a paradigm to gain general insight into the molecular genetics governing metazoan development. The biological complexity revealed originally by interrogating the Notch genetic circuitry is not the exception but rather the rule for all gene networks examined thus far, as numerous genetic modifier screens have revealed.

While we have traditionally used both mice and Drosophila as our main experimental systems, we are now using only Drosophila and have, to a large degree, shifted our experimental projects into the analysis of the genetic circuitry associated with neurodegenerative diseases.  We apply Drosophila genetics as a powerful tool to dissect disease-related cellular pathways and to identify and interrogate novel genes that modulate these pathways. Our current focus is on Amyotrophic Lateral Sclerosis (ALS), Alzheimer’s, Parkinson’s and Spinal Muscular Atrophy (SMA)